Which is Better: The Google Home Mini vs Echo Dot 3rd Gen?

Smart homes and voice assistants are without a doubt the next big thing in tech. Luckily, anyone who wants to start turning their humble abode into a smart home these days can do so for as little as $50 with a smart speaker. The choice for most of us is going to come down to products from tech giants Amazon and Google, especially their entry-level offerings. This raises the following question: which is better, the Google Home Mini vs Echo Dot 3rd gen? The answer isn’t simple, of course.

Both products are a great entry point that won’t break the bank, but they differ when it comes to their capabilities. Even more important is each smart speaker’s ecosystem of compatible devices because choosing one or the other can limit your choices later on when buying more expensive additions such as smart thermostats or a smart home security system.

If you want to think ahead with this purchase, you certainly got your homework cut out for you. However, we’re going to compare the Google Home Mini and the Echo Dot 3rd generation to try and make the decision easier for you. 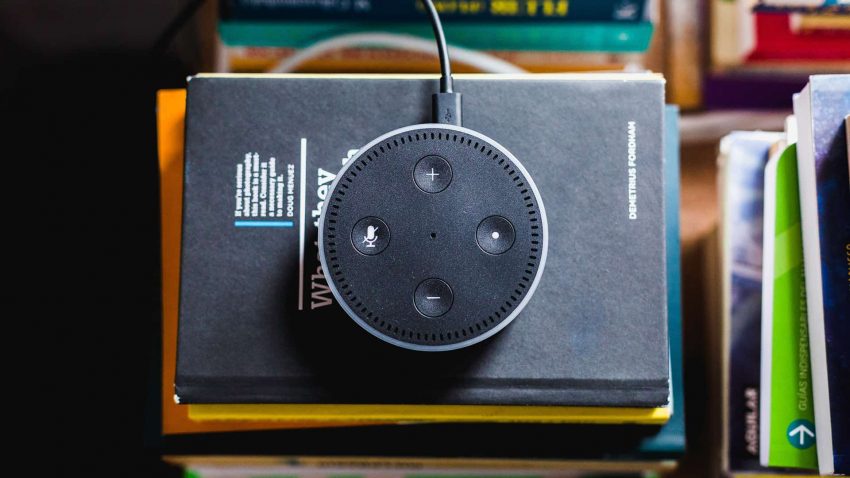 At the time of writing, the Amazon Echo Dot (3rd Generation) was listed at $49.99 while the Google Home Mini at $49 plus free shipping, so the difference in price is insignificant. What’s more, the low cost is meant to attract impulse buyers, to introduce customers to the technology, and to win people over by both Amazon and Google. All in all, deciding based on price alone isn’t going to help you, so let’s see how they compare regarding design.

When comparing size and shape, you’ll notice that these two products are almost the same. They’re puck-shaped and can fit easily into your palm, so you won’t have to make much room for them on your counter or wherever you choose to place them, and they tend to look good anywhere. Both need to be plugged in all the time to work.  You can use both with power banks, but the Echo will need a converter for its barrel input, whereas the Mini has a mini USB port, so it’s easier to hook up to batteries.

The Echo Dot comes with two physical buttons for volume, a button that activates Alexa and a button that mutes the microphone, all on the top of the device. With the Home Mini, you get a microphone on/off button on the side that’s a little bit more difficult to access and perhaps requires the use of two hands to keep the device steady. It also has touch volume controls under the fabric that as of late can stop and start music and podcasts, turn off alarms, and so on, if you press and hold them.

The Google Home Mini comes in fours colors (charcoal, chalk, aqua, and coral) and has four status LEDs on top which aren’t always easy to see. On the other hand, the latest generation Amazon Echo Dot comes in three colors (charcoal, heather gray, and sandstone) and has the now iconic blue and orange LED ring indicator which is much easier to see from a distance.

Both devices use a fabric covering, but the Mini has its top half covered while the fabric cover goes around the Echo’s sides. Purely from a practical standpoint, we suggest you pick a darker color scheme if you’re going to be using your smart speaker in an environment where it can get dirty or stained, such as a kitchen.

The Google Home Mini might look better, but the Echo has easily-accessible buttons on top, and its LED indicator ring is much easier to see. Moreover, since the fabric on the Mini covers the touch buttons, it might be harder to clean and seems prone to collecting dust and dirt. The only advantage Google has is its mini USB power input that’s easier to connect to power-banks.

It may look cooler, but Google Home Mini has fallen behind in sound quality when compared with the new Echo Dot

If you want to, you can connect both the new Echo Dot and Google Mini to Bluetooth speakers, but the Echo dot still has the edge over the Home Mini with its additional aux port. More importantly, the 3rd generation model is louder and better sounding in comparison to its predecessor and gives Google’s entry-level smart speaker more than a run for its money.

It’s true that neither device is made for things like big parties – certainly not on their own – but they’re still relatively loud and put out about the same volume. One important thing to note is that you can pair the Dot with the Echo Sub, but also use stereo pairing on the regular Echo, the Echo Plus, and the 3rd Generation Dot. In comparison, Google only offers stereo pairing on the much more expensive Google Home Max smart speaker, but multiple units from both companies can be combined for multi-room setups.

In terms of streaming support, both of these smart speakers work with Spotify, iHeart Radio, TuneIn and Pandora, and offer their music services: Amazon Music and Google Play Music. But you can also use Apple Music with the Dot. Amazon, however, doesn’t offer native support for users to upload their songs, while Google lets you store music and make playlists in Google Music. What’s more, Google has an advantage with Chromecast over Amazon’s new Alexa Cast which only works with Amazon Music at the moment.

The last and perhaps most important thing that other people and we have noticed is a difference in quality when doing a Google Home Mini vs Echo Dot 3rd gen sound test. Overall, the Echo has a fuller sound over the Mini and better low-end and mid-range, but both offer an EQ in their respective apps which might let you even out the playing field a bit. Finally, you won’t have trouble hearing either voice assistant, and we’ve noticed that there’s little difference in how well the microphones of each device pick your voice up.

Thanks to the aux port, stereo pairing, as well as the overall higher sound quality, we think the Echo Dot is better than the Home Mini, especially if you need Apple Music support. However, consider which streaming services you’re likely to use, and how much Chromecast is essential to you.

Google’s assistant is easier to work with, it gives better information, and can handle a string of requests

Whether you’re using Alexa or the Google voice assistant, you won’t notice too much of a difference when doing the basics like setting up alarms, timers, playing music, calling an Uber or asking for the weather. Still, there are some noticeable differences between the two, but keep in mind that both devices are continually evolving.

With Alexa, you need to structure your requests more carefully, and it will more often than Google miss one of two combined commands. What it excels at though are requests that have to do with online shopping and you can use it to order things off Amazon.

On the other hand, Google’s assistant lets you talk more naturally. It is much better at understanding context and strings of commands, and better at answering a variety of questions. You can also continue your conversation with the Google Assistant and don’t have to say “Okay Google” every time before a new request.

Another difference is that you can use the Home Mini to make free phone calls over Wi-Fi with people from your Google Contacts. The Echo Dot has something similar, but it only lets you make free calls to other Echo users or people that use the Alexa App.

Those of you who use Google’s calendar, maps, Gmail, and other web services will also be able to send relevant information to your phone after a request to your Home Mini, and in general, draw lots of information from these services.

For the basics, both assistants will do just fine. However, while Alexa excels at online shopping, Google’s assistant wins when it comes to understanding context, strings of commands, and answering a wide variety of questions. We also lean towards Google because we use many of their web services.

Amazon’s Alexa supports much more products and platforms, while Google is trying hard to catch-up

Amazon has had a head start when it comes to supported products, so it’s compatible with almost twice as much, and Google is doing everything it can to catch-up. If you have existing smart home devices – especially expensive ones that you’re not keen on replacing – you might already have your answer to the Google Home Mini vs Echo Dot 3rd Gen debate.

Otherwise, think ahead and check out which platform can connect to the products you plan to buy – some only work with Alexa, others only with Google. An example of an Alexa-only product that requires a significant investment and monthly charges are the Ring video doorbells and security cameras from Amazon. For Google, that would be the Nest home security system and cameras. Despite that, there’s also a wealth of smart devices that both systems can connect to such as smart power outlets, smart fridges, and smart lighting from many reputable brands, with more products on the way.

Going further, the Echo Dot mostly relies on the skills store for integration. The service is very popular and packed with thousands of different skills. Both the Mini and Dot can be configured for specific or custom actions and skills through IFTTT, but Google’s device relies on it more because it doesn’t come with a skill store like the Dot. Sometimes devices can be controlled without significant or no setup at all, but expect to put in some time to get things working with IFTTT on the Mini.

Amazon started earlier so Alexa can control twice as many devices in comparison to Google’s assistant. Furthermore, there are thousands of available Alexa skills while Google is still trying to catch up, and setting up your own (IFTTT) can be a hassle. With that said, we expect the gap to narrow in the future.

The 3rd generation Echo Dot and the Google Home Mini are both eye-catching products at an unbeatable price.

Google’s assistant is smoother and better at understanding context, complex requests and gives better information in general on a wide variety of searches.

Alexa and the 3rd generation Echo Dot have an advantage when it comes to online shopping and requests from Amazon, but it’s slower to understand commands, especially a string of requests.

However, the Dot is superior in regards to integration with other devices, sound quality, and related features. All told, if you’re starting your smart home setup from scratch, we think the Dot is a better choice right now.